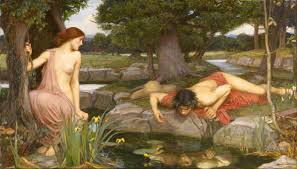 My first writing love was poetry, specifically song lyrics. I listened to them day in and day out, long before I could write a single word. Around age nine, lyrics for my own songs began popping into my head. I was desperate to set them to music. I diligently poured over books about how to read and write music. I gave it my best shot with a stupid little Clavier organ. It proved only to be an exercise in frustration. Mozart wrote music at that age without lyrics, and I quickly found out that I am no Mozart. Having had zero success learning to play any musical instrument, I eventually came to terms with the fact that composing music was not part of my future. I did, however, continue to write poetry. I even won a contest once when I was thirteen. I didn’t write much poetry after that though. Life happened. Years later, when I took a “Creative Writing for Teachers” class in college, my interest was reignited. I wrote some really great poems for that class, but I wrote little after that. I have only written three poems since then. One was inspired by the loss of my oldest daughter. One was inspired by the life of my surviving child. What follows is my most recent foray into verse. It was mainly inspired by the Greek myth of Echo and Narcissus but also by some of my own personal experiences. Those of you that read/follow my blog enjoy my prose. Your support is deeply appreciated. It is my sincere hope that you will enjoy my poetry just as much as you enjoy my stories.

Echo sighed, rolled over and closed her eyes.

A spark of red cut the gray on the blade of the horizon.

It caught her eye.

Risking much, with a single finger she reached out and touched the glow.

Honey and whiskey dripped from a silver-tongue, giving sweetness to the bitter.

She drank deeply, greedily, from his outstretched palms and then pulled them to her cheeks.

He recoiled in horror, turned away and then turned back for another glance.

She leaned toward him only to find…

Fair Narcissus, lovely poet, simply sought his own refection within the pools of her eyes.